What Is Virtual Metering?

All engineers know what a meter is. It measures flow, but what is a “virtual” meter? 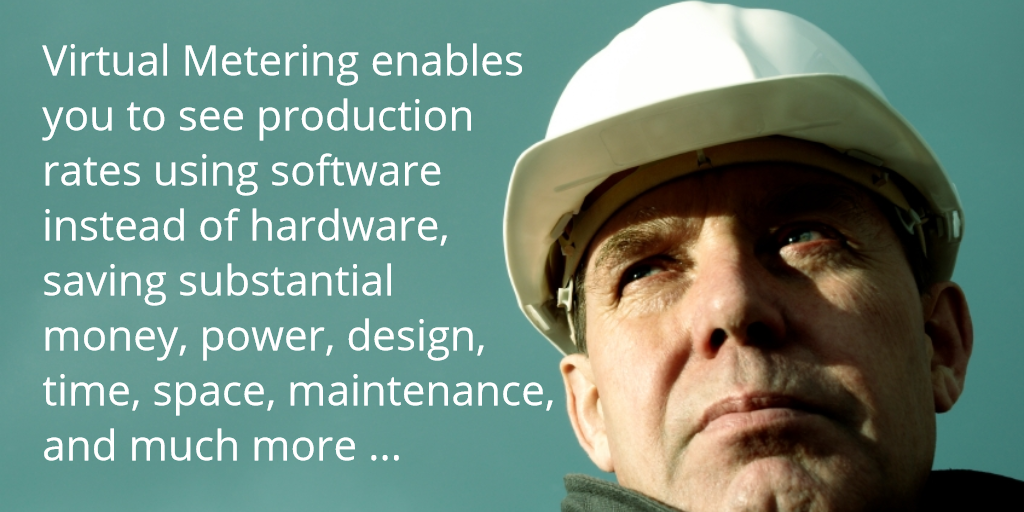 In the case of oil and gas production, the physical meters are either on production separators measuring conjoined flow from many wells at the same time, or on test separators that measure flow for individual wells only occasionally and temporarily. During this “on-test” time we have well operating conditions and production for that particular well. This data is used to calibrate theoretical and/or data-driven non-linear regression models. Once the cause and effect relations are captured the model can be put on-line using the current well operating conditions. The model then outputs production estimates in real time. In this way, the assetIn oil and gas, a reservoir, a well, an oil and gas platform, or other production operation. team can see production from each well even when not on test.

Why Use Virtual Meters?

Physical multiphase meters that measure oil, gas and water are very expensive, more so if they are good for accounting purposes. They are also expensive to install. In the case of off-shore platforms they have to be “barged out” or air-lifted to the platforms. Also, there may not be space to put a multiphase flow meter into the tangled maze of pipes. Physical meters also need to be maintained, subject to corrosion, sand, plugging with wax, methyl hydrates, etc. which can be costly as well. If you wish to have such meters on each well, and considering there are typically 5-15 wells on each platform, the cost is prohibitive and causes the asset team to make “educated guesses” about how much a well is producing. On the other hand, virtual meters are software, much more affordable and much easier to create and deploy.

Sign up for our free
“AI at the Edge: Virtual Metering” webinar!

Yes, even virtual meters need to be maintained because the wells change and the reservoir depletes over time. In mathematics this is called a “non-stationary process”, a process that changes over time.

To maintain a virtual meter we use the occasional well tests to compare the rate given by the model vs. the rate given by the physical meter and make adjustments or re-field-fit the model. TO do this we automatically monitor for such a well test to occur, capture the data, compare it to the estimates (oil, gas and water production) and either adapt the models to reduce their error or if the error is large, remodel with the new data and perhaps some of the recent past tests. This all runs “autonomously” (automatically, unattended). We also have the platform meters that measure the sum of all the operating wells. We can compare the sum of the virtual meter estimates to the sum of production meters from time to time and adapt the individual wells’ estimates using a variety of sly algorithms. Sly? Yes, because you do not want to over-adapt to the platform meters as it may cause a loss of “intuitiveness” of the individual production estimates. This too is autonomous.

Virtual meters offer a variety of benefits, some of which are mentioned above:

Many of these are cost avoidance or “soft” benefits, but valued by our customers.